It was a great day today. The weather was great! Not too hot, not too cold. A headwind, but not too bad!

As the day rolled on, we realised just how lucky we have been on this journey that started one month ago now. The incredible rains had finally ceased but the consequences for many not.

Leaving Salzburg was somewhat easier than other larger cities with the exception of roadworks here and there. Reasonably quickly we were out in the country again. Small villages were the norm. We scouted around a reasonable sized lake, Obertrumer See and then Grabensee.

A few things caught our interest in the town of Mattighofen. That unusual building is the KTM Austrian bike manufacturer so Tony very interested given his racing past.

Unfortunately the cafe that welcomes bikers was closed, but we found another one not too far away.

My front disc brakes had been making some awful noises. Fortunately Tony is pretty handy mechanically and replaced them during our coffee break. 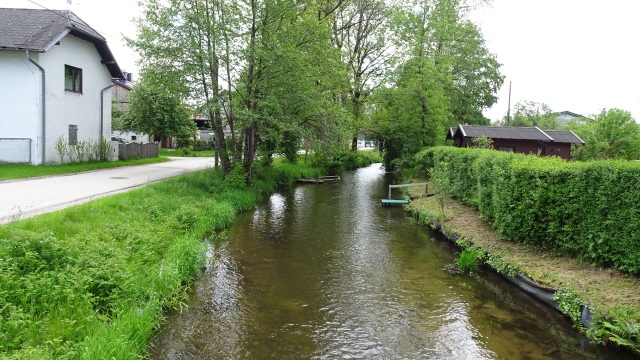 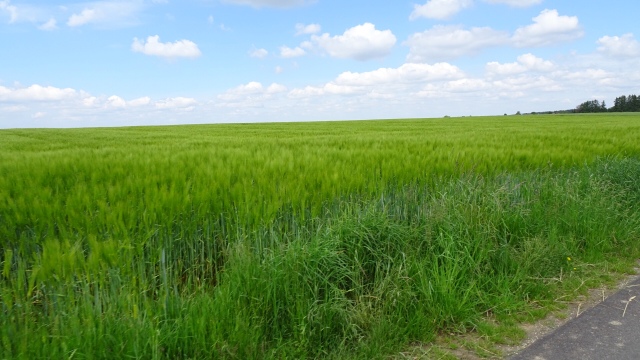 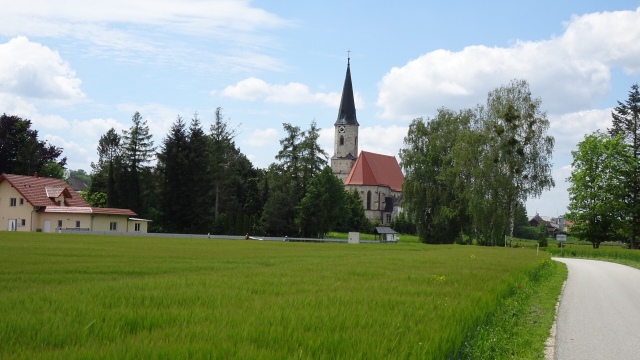 A cycle route runs alongside the edge of the River Inn, the same river that flows through Innsbruck. You will recall that the river was in flood from the terrible storms in Europe in the last fortnight, that had mucked up some of our rides.

We really enjoyed the tracks although predominantly gravel. At least they had dried somewhat with no rain in the last day. The first photo is a lagoon that is off the River. There was a little shack like cottage.

My kids would laugh at the witch on the broomstick as I used to joke that I was a witch per the Roald Dahl book of the same name. It was one of my favourite Dahl books that I used to read to them. 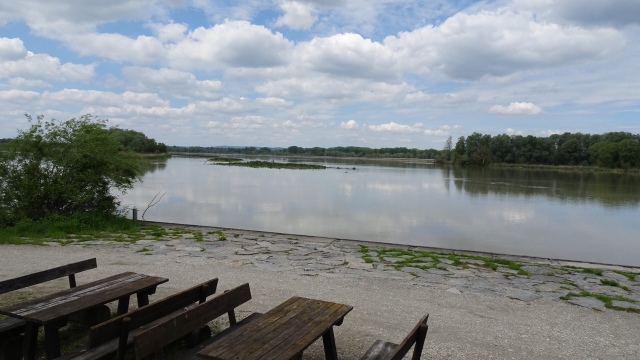 Obernberg am Inn had a very impressive old market square. 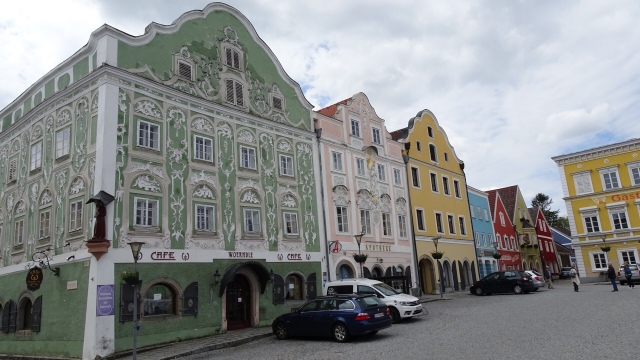 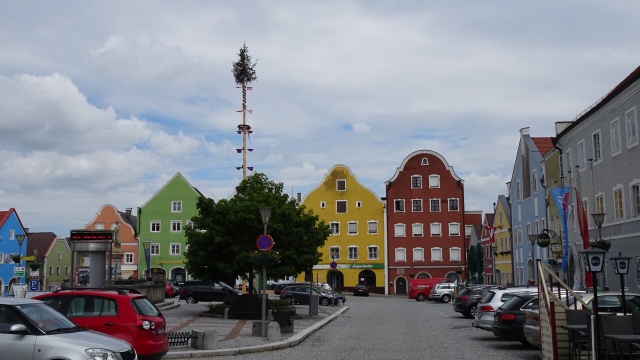 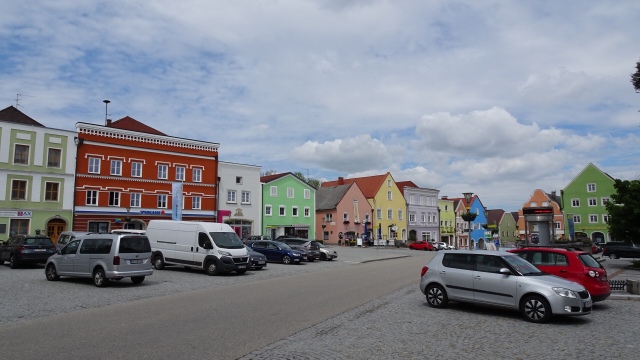 We pulled into a service station for some frizzante! Not any ordinary service station as it was just off the autobahn, that seemed to be favoured by more trucks than I have ever seen.

The truck queue for diesel was three wide, 100 metres long. I was fascinated just watching. As we headed back to the river, we past multiple truck parks, where the drivers were napping.

Back onto the river tracks was much quieter and safer.

This was our last village in Austria, as we crossed the bridge here. The first photo is roughly the border of Germany and Austria. the second is looking back at Austria.

The village on the German side is Neuhaus am Inn. You can see the bridge we had just crossed. Note how muddy the waters are too. The river levels are high. 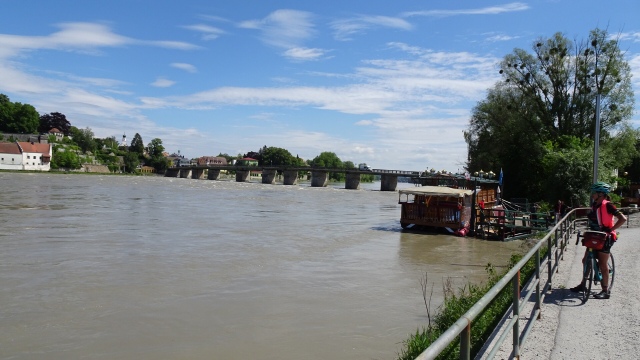 A few pictures of German villages. Look at that sky! 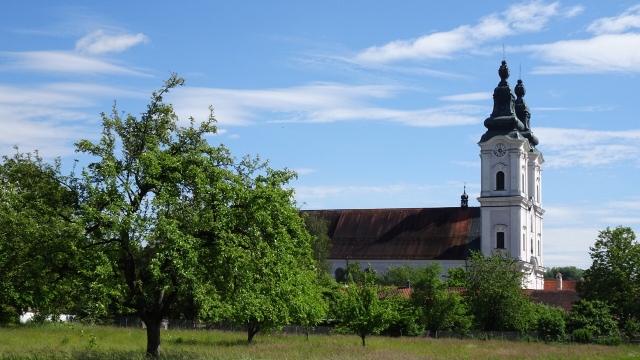 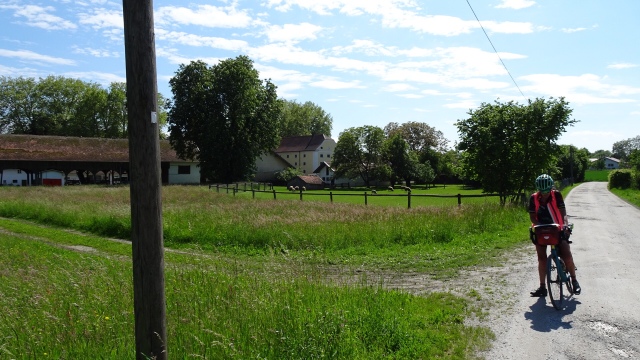 For our final fling into Passau we found ourselves on a wonderful forest trail. Up and down, challenging in parts, but ever so pretty. 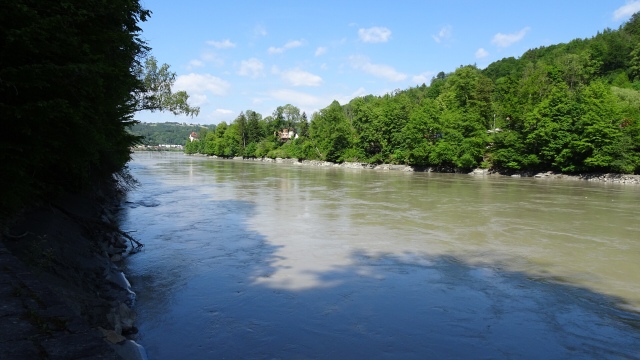 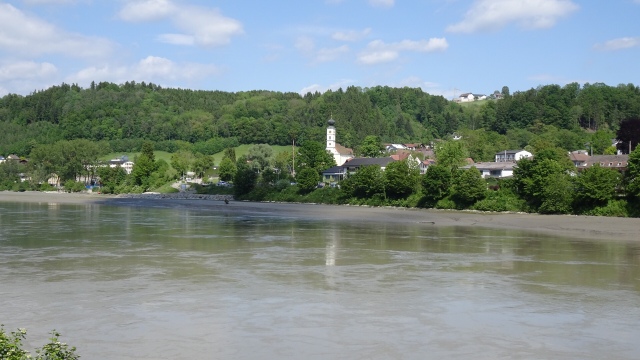 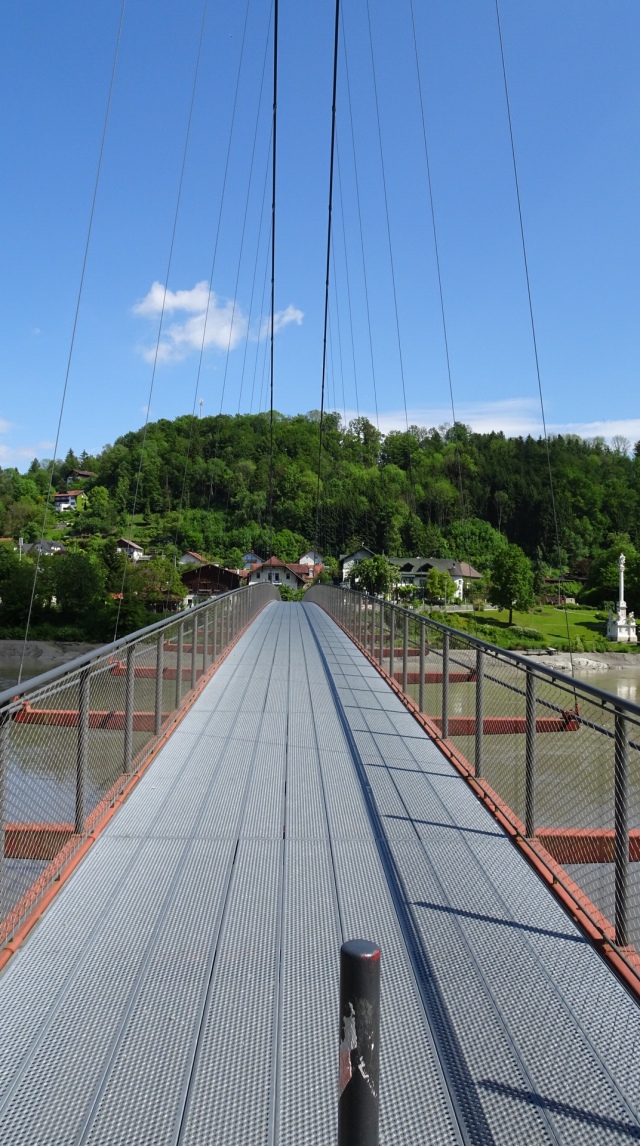 We found our way into the Old Town reasonably easy. It is handy to use the river as your reference point.

Passau is famous for a few reasons. Its location is at the confluence of three rivers, the Danube, Inn and Ilz.

It is very old, first mentioned as a Roman provincial town. With the establishment of an episcopal residence in 739, the city life of Passau began. In the 13th century, bishops became rulers of the independent, small principality. In 1803, Passau became a Bavarian City.

After the successful conclusion of the latest round of ‘where can we leave our bike’ negotiations concluded ( in my favour….they are in the luggage room, not the garage as they initially stated!), we showered and started walking.

We stumbled upon St Stephens Cathedral first. Still open we wandered inside. It was burned down in the city’s 1662 fire and rebuilt by a famous baroque architect, and other baroque artists completed the stucco and frescos.

The organ in the Cathedral is the largest in the world, with 17,974 organ pipes and 233 stops. All five parts of the organ can be played from the main console, individually or simultaneously.

Next we headed to the Danube…..ah, there were issues. That is the cycling path we are due to take tomorrow! 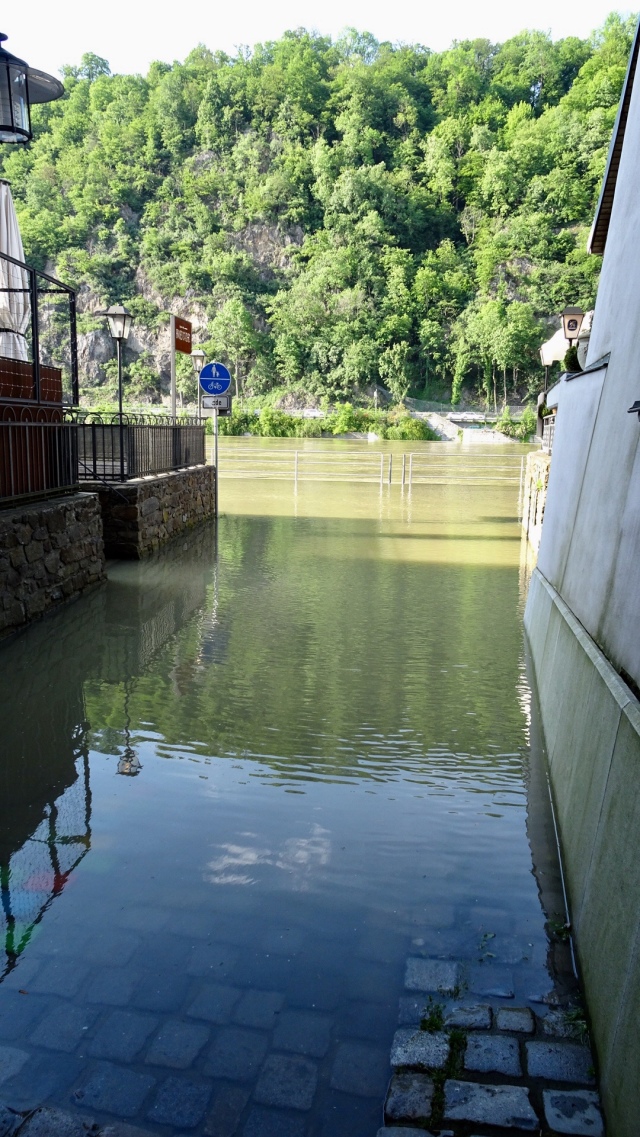 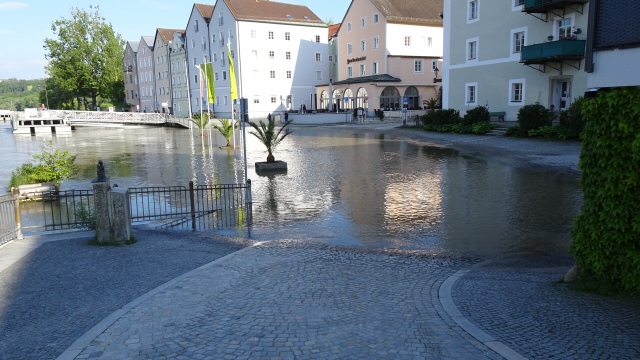 The conjunction point of the three rivers was obviously closed. With the flooding of two major rivers, there would be only one way to see it.

Now this boat ended up reversing. It would not fit under the bridge. 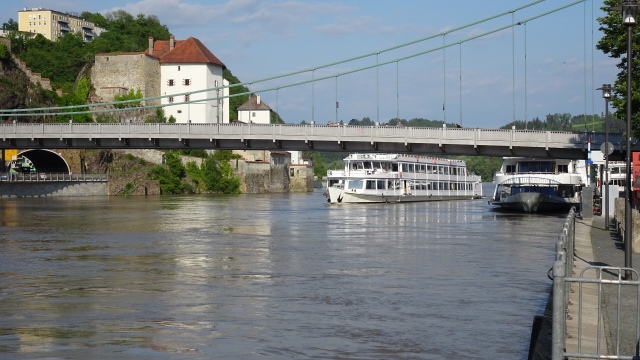 I think the next two pictures are the only way. 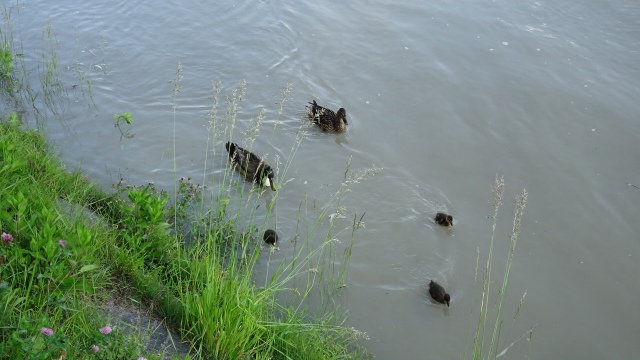 A few other shots before we grabbed some dinner. The first is Fortress Veste Oberhaus, one of Europe’s largest preserved castle complexes. It would be interesting to visit but not on this trip. 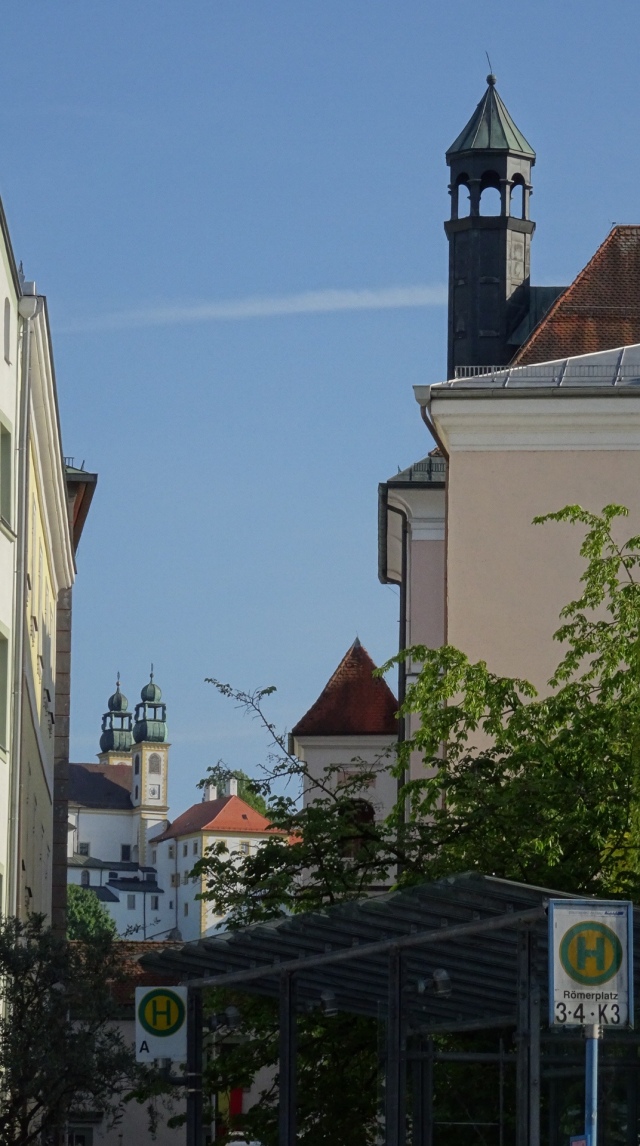 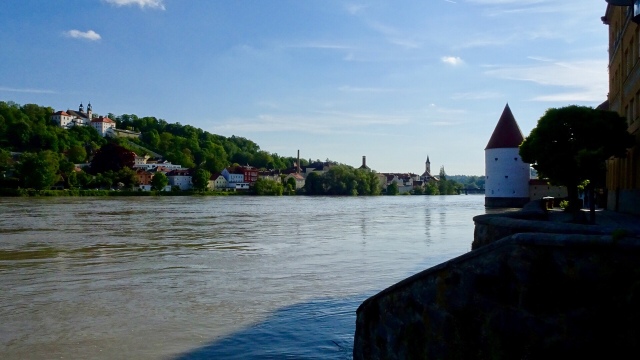 Back at the hotel, I have been reading the news reports of the flooding devastation in Germany and the Czech Republic. Hungary has been bracing for the full impact and fury of the Danube, sandbagging Budapest. Three weeks ago we rode along the S Bends from Esztergom to Budapest. Most of that would be flooded as it was quite low lying.

Tomorrow we are due to ride on cycle path on both sides. We know this side is ‘unavailable’ and suspect the same for the other. Tweaking will be required.

Final photo. Check this guy out on his bike on the cobbles. 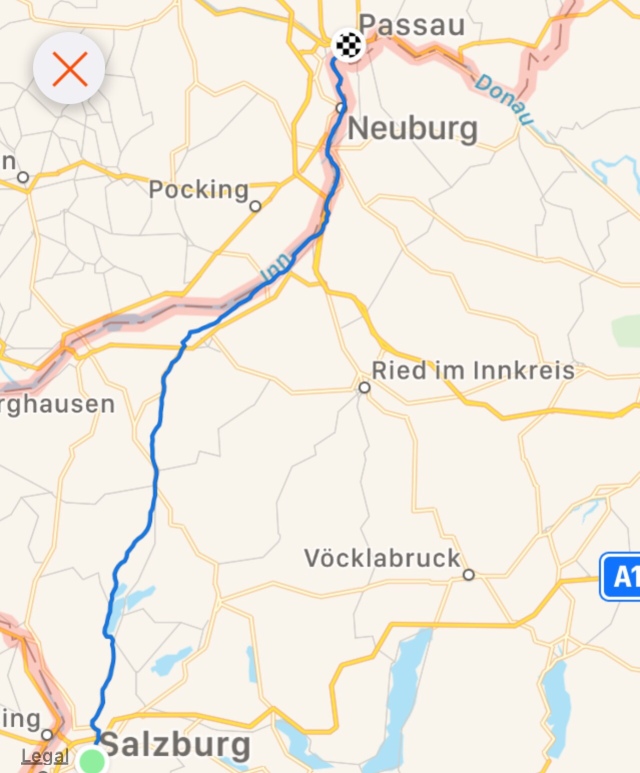 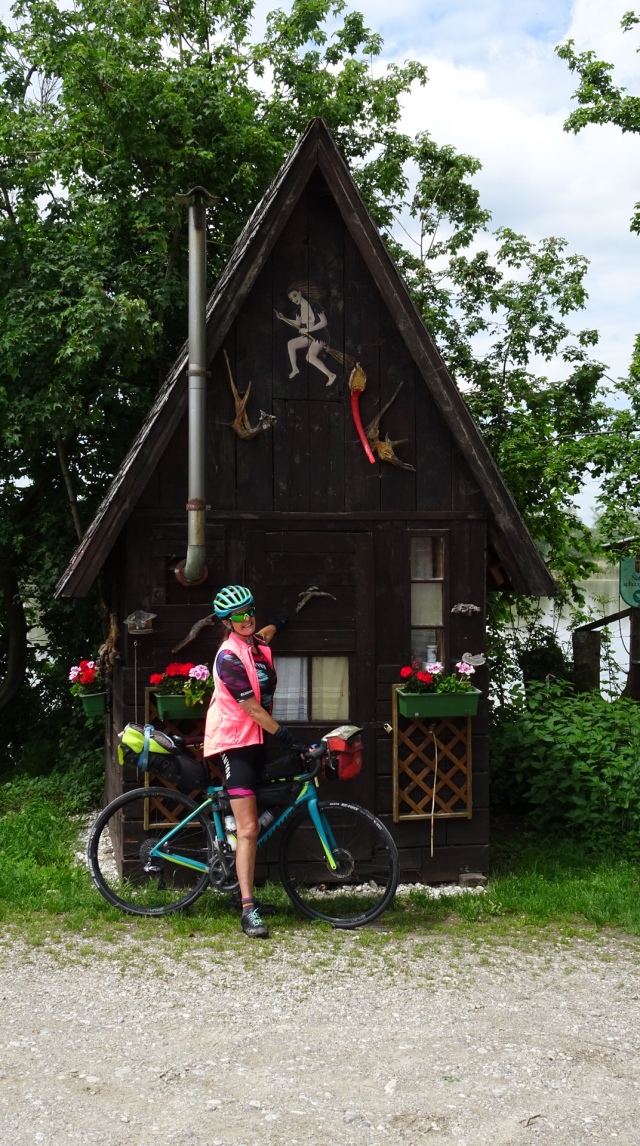