Today was our shortest riding day scheduled for this tour, but we were still up before everyone else at the holiday park. Mind you, I think we were first to bed too listening to the kids running riot until at least 10 pm.

Today was our shortest riding day scheduled for this tour, but we were still up before everyone else at the holiday park. Mind you, I think we were first to bed too listening to the kids running riot until at least 10 pm.

We headed into the local shop to grab some ‘breakfast’ and coffee, which we took to eat in the local park. The day promised to be a cracker weather wise. 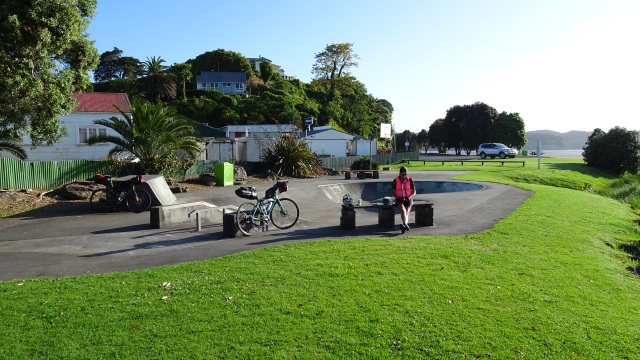 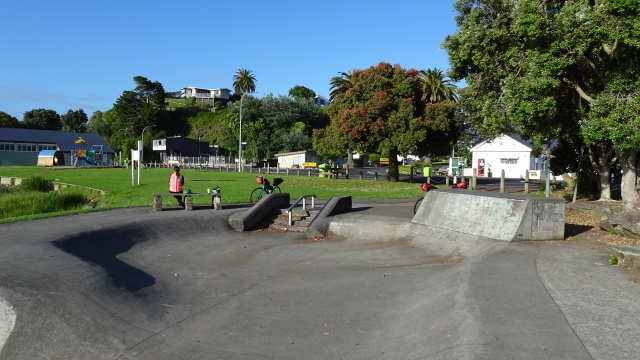 We enjoyed 4km of sealed road climbing out of town, before turning left onto gravel. The first bit looked fine.

Whilst today was a short 49 km, 38 km was to be gravel, 11km sealed. There was over 800 metres climbing in that shorter distance, and around 750 metres of that was gravel.

The views were great though. 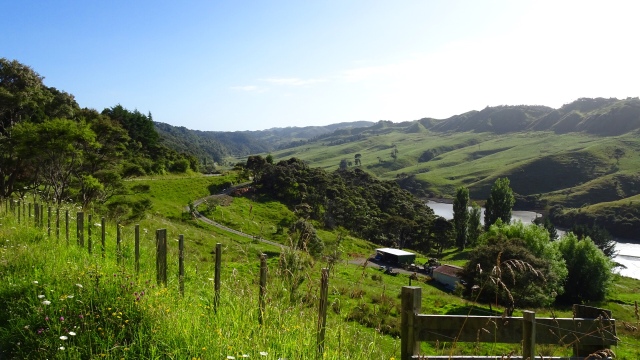 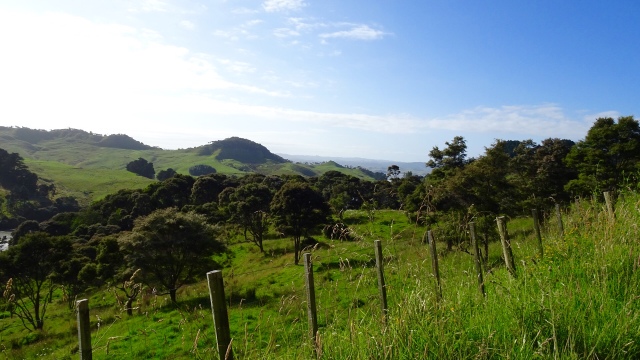 A lot of the gravel was shite. The cambers were very steep with lots of loose gravel. My bike and I had a few words! The bike wanted to head to the lower side of the camber, whereas I wanted the higher side.

You know the going is tough when you are descending at 11kmh! I also only had one foot cleated for the majority…wanting that uncleated foot ready to hold me firm.

We moved on, slowly and surely, ticking off those kilometres.

Then it was Tony’s turn for a puncture. That did not resolve all his technical issues as his rear disc brake pads were making noises and he pulled them out to inspect.

They were worn out so he replaced those as well. Amazing what he has learned off You Tube to become a handy bike mechanic.

Nice views from our repair site  although we were only part way up a climb. It is nice being able to sit in long grass in New Zealand knowing there are no snakes. At home you would be wary of the longer grass, although snakes also like short grass.

In Tasmania, all of our snakes are deadly poisonous….and protected!

The area was again, outstanding. 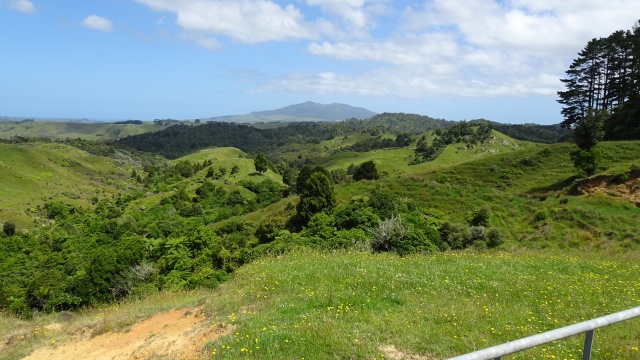 I was delighted to finish the ride to Raglan with a few more km of sealed road. What bliss!

We arrived in Raglan, along with half of New Zealand it seemed. The traffic was heavy and the streets were packed. Sitting at a cafe having some lunch, we felt somewhat overwhelmed. We had enjoyed so much peace and tranquil places, devoid of crowds, that the sudden crush left us craving that peace.

Notwithstanding that, Raglan is a great town with a strong vibe. Great cafes, craft breweries, quirky shops.

They will be riding from Matamata to Rotorua, which concerned both of us, as that has been the hairiest day of all, with the large trucks, impatient drivers and minimal verge.  The carts with the kids are significantly wider than the bikes…..I wish them the best of luck. I have provided my details for strava so they can check our routes and a few suggestions we had.

The natural harbour is magnificent, and was being very well utilised. 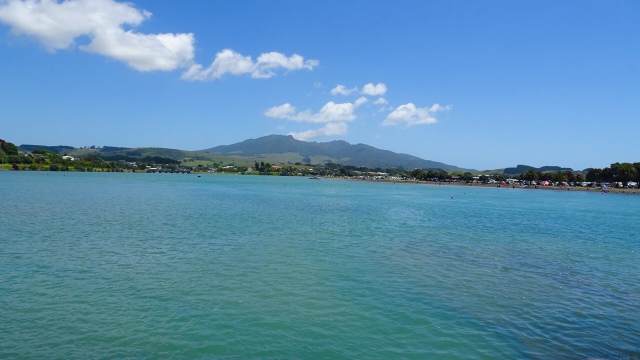 We spent quite some time watching kid after kid jump off this bridge. They were having an absolute blast. 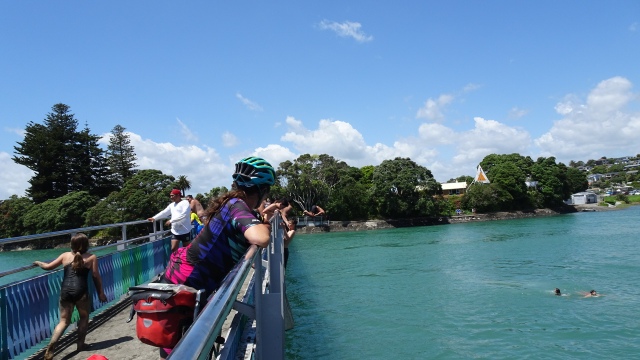 My last two touring trips in New Zealand have involved Police. On the Auckland to Wellington trip, Sue and I were flagged down by the Highway Patrol ( flashing lights, siren – the full works),  as we had inadvertently made our way onto the motorway heading into,Wellington. Very nice man!

Then with my solo Auckland to Cape Reinga return tour, I ended up at the North Shore Police Station after my backpack was stolen whilst I was in a shop, under ‘unusual circumstances’.

So why should this trip be any different??

Well fortunately all is good!! We are staying in an AirBNB owned by the local cop. He does not lock his house, assured us our bikes will be fine outside, as in 6 years no one has knicked anything.

Chatting to him I asked what the main issues were in town…drunk and disorderly, domestic violence, car accidents and……house burglaries! We have used our cafe locks!

So tomorrow is our final day. We need to make our way back to Auckland. We have revisited the route for this as it is a decent ride…anything between 140-160 km depending on ‘which way’. It is not flat either!

We will ponder firther, and get some sleep. 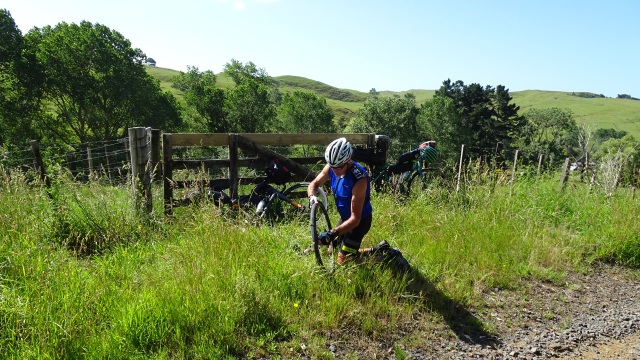