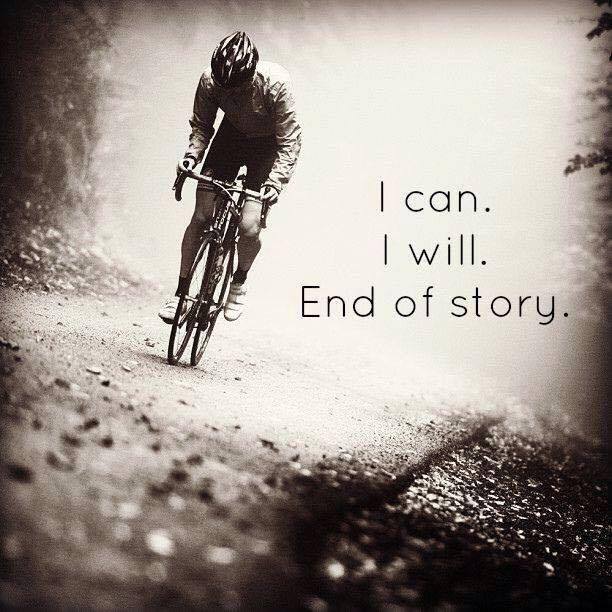 Disruptive change is a term that is used within my professional work sphere.  It refers to an innovation that creates a new market, disrupting an existing market.

Zwift is a virtual cycling revolution – disruptive change to the way cyclists have traditionally trained and competed, transforming training regimes in a safe environment.

The platform has attracted riders such as Matt Hayman who broke his arm in a cycling accident just 6 weeks out from the 2016 Paris-Roubaix 1 260 km event over cobble stones. By training on Zwift, he won that event!

At this year’s Tour De France,  Mark Cavendish suffered a fractured shoulder blade in a shocking crash 200 metres from the finish line in stage 4 when he tussled with Peter Sagan.  A week later, he was on Zwift training.

Now I like to watch these guys racing on tv – but I am just a 55 year old woman who wants to keep as fit as I possibly can. I like to train before work.  Pre Zwift I was always under pressure to make sure I was home by 8 am, so I could quickly shower and ready myself to leave at 8.30 am.

However, in the process experienced punctures and inclement weather conditions that impeded and stressed me.  I have also collided with a car before work.  So when I learned about Zwift I was keen to see if it would work for me.

The answer is a resounding yes!

Over 18 months I have increased my weekly training load.  In the last 4 weeks, according to Strava my weekly average has been 692 km.  This figure is somewhat distorted given what I did on Saturday – I rode 323 km, or 200 miles. 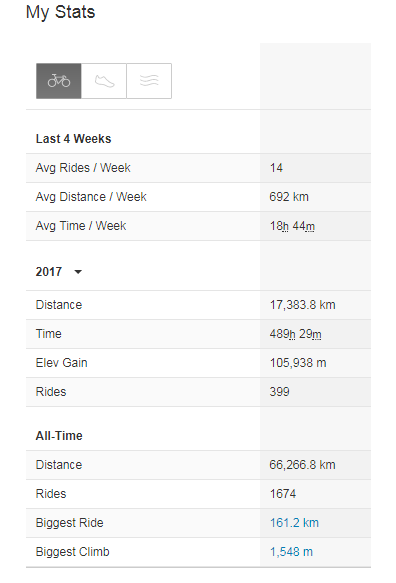 Through Strava I met (virtually) Matthew Double, an Adelaide based cyclist, who by any measure, has had a rough couple of years.  Doing this ride showed that by working hard together, with the support of others, you can achieve whatever you set your mind to.

For me it was a challenge as I am not blessed with great knees.  Following an accident and 4 surgeries,  I was told 2 years ago by my orthopedic surgeon that I would be unable to cycle more than 5 km, but if anyone could do it, it would be me. Red rag to the bull moment.  I cried at first, but then got my resolve back, supported by my GP and my physiotherapist.

So Matthew and I set out to ride 200 miles – just because!

We started off at just before 8 am and had 3 breaks – 160 km, 230 km and 280 km.  We limited our breaks to 5 minutes to ensure that our legs did not cool down too much, nor our minds!  We would go to the loo, change knicks, more chamois cream, grab food and the ubiquitous coffee!

There were multiple Australian riders who spent anything from 30 minutes to 90 minutes just riding with us, keeping us company.  I am a leader with the Spin and Sprint (SAS) Club – and most of the leaders hopped on at different stages to ride with us.  Tony rode 30 km in the morning and backed up later with 100 km.

We chattered heaps – and it really does help to keep your mind in a much more positive frame when things start to ache and hurt.

I was a little teary when I finished – why?  I was so touched by the support received.  This was my goal, along with Matthew’s – yet others were so generous in their time to support us, encourage us.  Most of these people I have not met face to face – I hope to do so over time.

I have pulled up and recovered remarkably well – better than I could have anticipated. Straight after the ride, we hopped into the car and headed down to the local river – Tony sat in the car (it was cold!) headlights pointed into the river, whilst I did my thing.  The next day I did it all over again, in a local creek – and then I had a second go in the ocean.  I really do think the cryotherapy (!!) numbed my knee into a quick remission!

So stay tuned – Bordeaux is less than a fortnight away.  Touring rides – slower paced as we check out new countryside, and hopefully don’t get too lost!