The alarm rang at 3.30am…I was in denial…surely not?

Aagh, reality check! I got up and dressed quickly to find that Mirek was up and dressed AND had cooked me scrambled eggs, toast, coffee and fruit on the table! Woah, he does 3.30 am better than me. No competition.

Mirek kindly dropped me off at the airport in plenty of time for my flight. The photo above is my last view of Prague before the plane turned to head towards Zurich.

I was met at the airport by my son Ben, and we headed off to the train station to travel to Bern, the capital. We headed to my accomodation and dropped my gear off, and then had a wander around the city.

Some photos of Bern below: 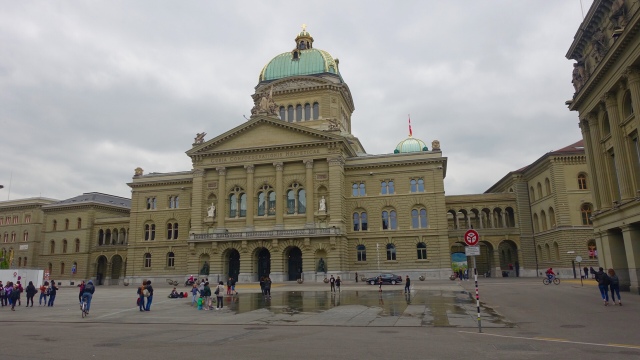 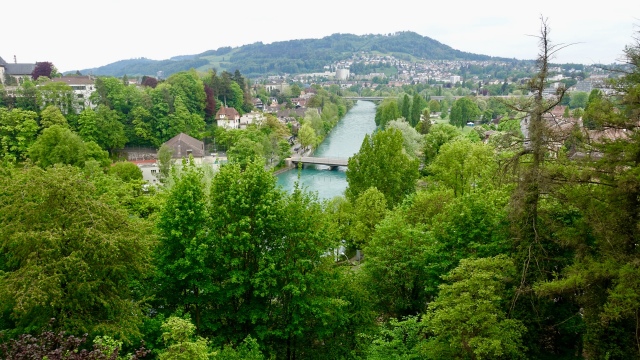 I am a chocolate lover, and Switzerland is famous for chocolate too. The shop below seems a match made in heaven.

Ben is not a huge fan of having his photograph taken, particularly holding mum’s bag….mind you, his bag is bigger than mine!

After a restless nights sleep I discovered there is a plastic sheet directly under the sheet….that will not be there tonight!

It was raining and the forecast was not great for most of Switzerland. Checking the radar I decided maybe heading towards Neufchâtel might be the way to go as that area looked better rain wise.

I had some fun navigating a variety of trails and roads through villages. This trail was pretty, although made my bike very dirty as the track was wet. 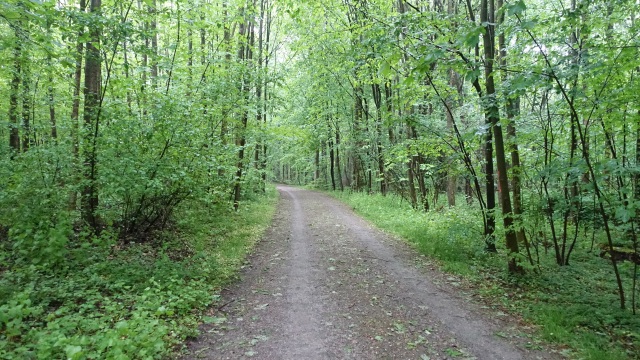 The tulips were flowering off the side of the road here.

Then when you get lost, these signs are useful!

Even the cycling paths have railway crossings with barriers.

A cute village where I took a wrong turn.

Ending up in a very picturesque square in Aarburg. 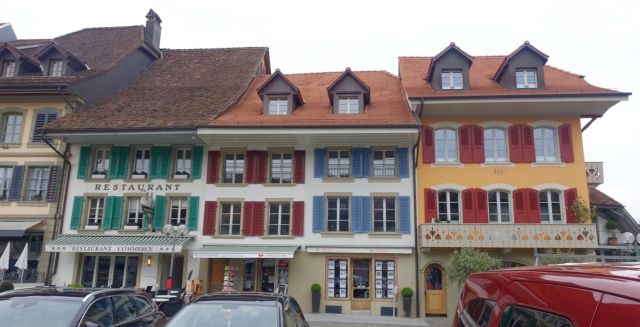 Now unfortunately this is where my riding adventure stopped! I had about 85 more km planned…..except that I came off my bike on the cobblestones, where there was a lip, slipping and face planting directly onto the stone.

As I lay there I knew there was damage as I could feel chunks of chipped tooth in my saliva and my tongue immediately identified the three teeth damaged…bugger!!

I hurt in other spots including my chin, jaw, rib, thigh and thumb joint….but my bike??  It fell on the rear derailleur side…the chain was off, the seat was askew, the contents of my front bag strewn around, and the steering out of alignment by a country mile. But it was intact and nothing major!! Relief!!

A small crowd had gathered and there was much discussion in German…when I spoke they were wanting an ambulance. I said no, I was fine…just wanted a bike shop.

I fixed up my chain, seat and steering and decided I would ride to the hospital as I knew I needed to be checked out. I had passed by the hospital only 1-2 km earlier so knew where it was.

Dirty bike entered the hospital with me. The staff there were marvellous, so kind and caring. After being checked by the doctor who wanted me to have pain killers (I refused), they transferred me via a non emergency ambulance to University hospital in Bern who were better equipped to check my jaw and teeth issues.

Down in the ambulance bay my bike was placed in the back and off to Bern we went.

I have had X-rays on my jaw and teeth, temporary treatment on 2 teeth, need to go back tomorrow for longer treatment on my third tooth. I am on stronger painkillers now as the dentist said it would help with inflammation and help reduce the chance of infection.

I am disappointed I did not get to finish my ride. DNF!!

My bike is traumatised but ok! It could have been worse!! There is a decent mark on the derailleur.

The next two pictures kind of make me laugh…only kind of, as I took them as I walked down from where I fell bawling my eyes out. I had not yet sorted out my bike, yet here I was with my camera clicking! 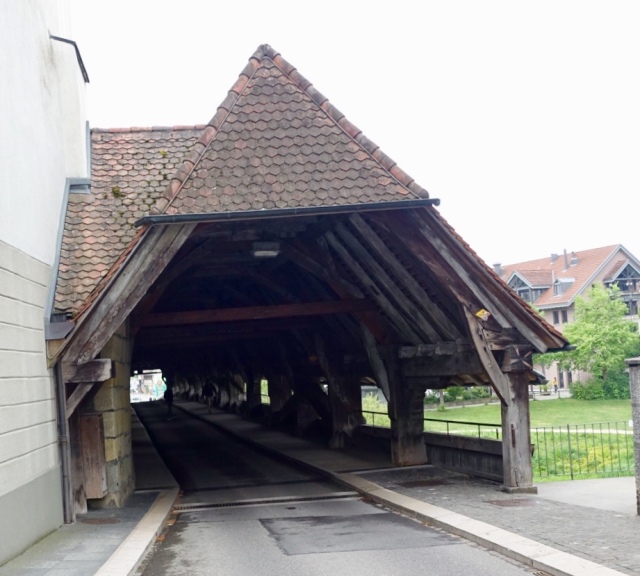 On strava, if you blow this up, you can see where I fell and turned and wandered around the square, then headed to hospital.  You can then see the vehicle movement to Bern.

So tomorrow is another day. The adventure will continue…maybe a shorter one given I have an appointment in Bern, then I get the bill…we will see just how expensive medical treatment in Switzerland is then….my credit card is ready!

I also hope the swelling and bruising on my chin improves in time for the wedding photos on Tuesday…I feel like Elephant Woman!

This final photo is outside my hotel. Zwifters will ‘get’ this… apologies to everyone else.