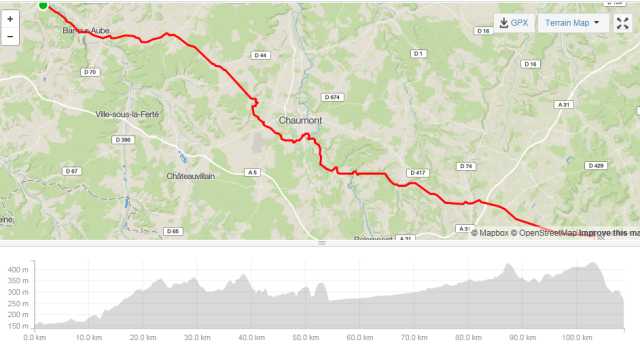 Another brisk start as we left Dolancourt. Not all our group stayed at the same hotel last night. They had a 8 km head start on us. We caught up the them on the long climb that started at the 12 km mark and finishing 11 km later. It was an easy climb though.

8 motor cycle police plus at least 2 large vans full of gendarmes headed the other way in a hurry. Not sure what has happened but hope all has ended well.

The road undulated for the next 25 km or so through open countryside of Champagne, passing by the General De Gaulle memorial located at the top of the highest peak in the area, located close to his home town of Colombey. 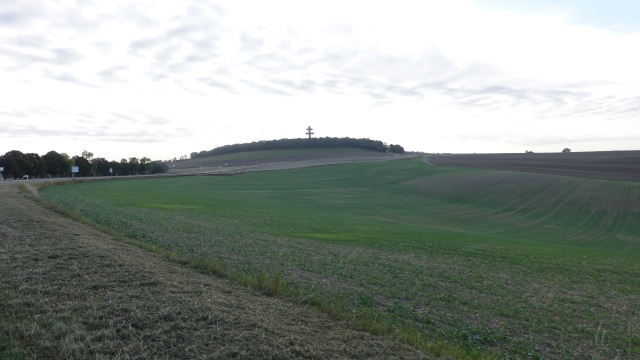 After passing through Juzencourt (32.2 km) we turned off to Euffigneix where we had to do a detour thanks to road works but were able to navigate easily back on route.

We were warned there was a bad section of road and boy they were not wrong. Shocking bitumen that rattled your brain around.

We skirted around Chaumont but decided not to head in for coffee and a pleasant surprise was found at the bottom of the next hill in a tiny village in the form of an open restaurant with a nice courtyard in the sun. We spent a very pleasant 40 min there having coffee, using their toilets and having our drink bottles topped up. 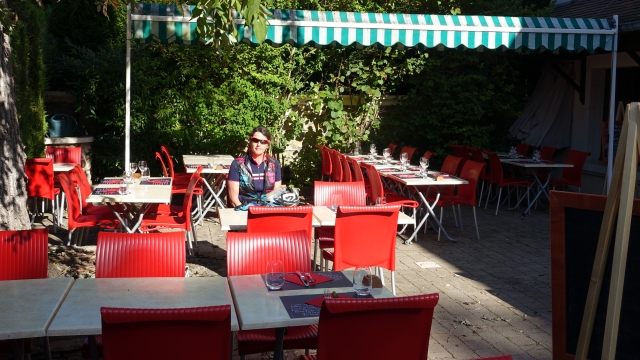 Just as we were leaving David and Bam Bam pulled in for refreshments.

We then followed a narrow canal for 11 km. Slow going but quite pleasant not having to watch out for traffic. We came across a couple of canal boats and even a yacht. Apparently the canal is often used by yachtsmen heading to and from the Med and England. Nice! 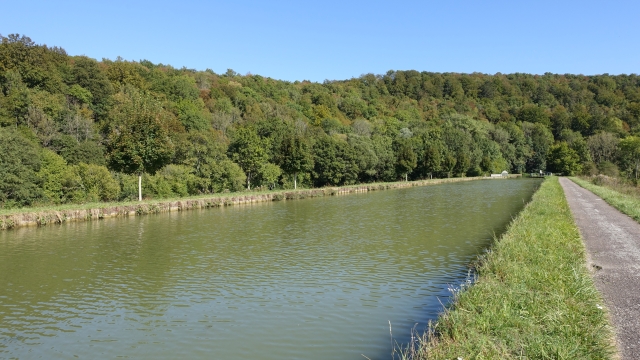 We decided not to head up to Nogent as we were not particularly hungry and chomped on a protein bar instead. The sun was beaming down by now and was a pleasant 22 degrees.

The roads continued to undulate for the rest of the day with a mixture of wide open roads and narrow country lanes.

We arrived here at 2 pm well ahead of any other riders. We had lunch and lazed about in the sun before checking in and locking our bikes away.

This village is known as being a spa centre and the place is packed with old people who have sticks or wheelchairs. Quite strange as there are no young people around. We wandered around the older area on top of the hill overlooking the town, and yes Mark I smelled the roses. In fact, I lay down in a bed of roses. 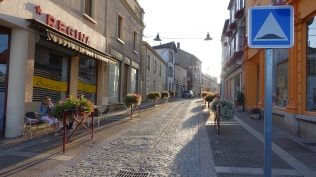 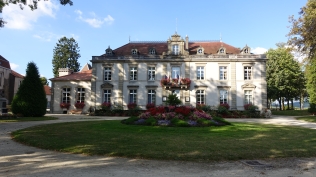 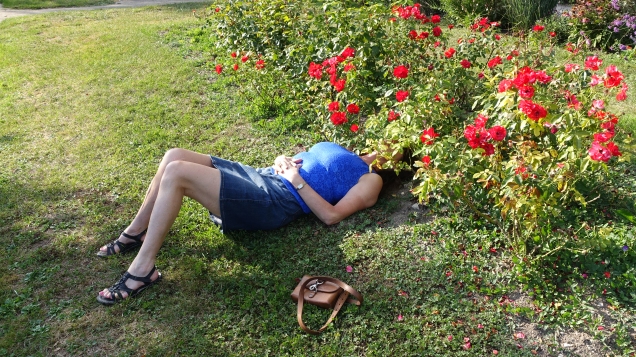 We had a pleasant tea with Bevis, Edwin, Geoff and Rachael with three wise monkeys sitting at the adjacent table ( David, Bam Bam and Gibbo).

Tomorrow looks to be similar to today – rolling hills and another